Friday, October 28, 2022 at 7:30 p.m.
Pantages Theater
Tickets: $55, $75, $99, $129
buy tickets
Contributor log in
not a Contributor? Start supporting today!
Two of America's most prolific songwriters of any generation—Lyle Lovett and John Hiatt—return to Tacoma to share their unique blend of musical artistry. Both performers deliver songs that speak to your core with lyrics filled with equal parts joy and pain. While on stage, the genuine affection and admiration each holds for the other is shared with the audience as they riff and entertain not only those listening, but themselves as well. These master storytellers will lead you on an intimate journey of heart-wrenching, soul-searching, and often times funny as hell truths.

Lyle Lovett is easily one of the most revered of America's singer-songwriters and performers; yet he isn't an artist easily defined. Lovett has been a music pioneer forging his own path since 1980, carving out a career that spans 14 albums over 3 decades. Fusing elements of Americana, swing, jazz, folk, gospel and blues, he both pens and performs barrier-breaking music, which ceaselessly defies convention. Lovett has won four Grammy Awards, including Best Male Country Vocal Performance and Best Country Album.

John Hiatt is one of those songwriters that other songwriters strive to emulate, and unfortunately for them, most fall short. Hiatt doesn’t just write a song, he builds one—constructing words with such precision, the listener becomes immediately engaged and goes along for the ride as the story unfolds. This gift is why some of the most highly acclaimed artists from the rock, blues and country genres consider themselves fortunate to cover one of his tunes

Hiatt’s characters are laid bare as he captivates his audience with their stories so intimately exposed that he has earned his place as one the most respected and influential American singer-songwriters of all time. With twenty-two studio albums under his belt and songs covered by artists as diverse as Bonnie Raitt, Bob Dylan, Iggy Pop, Aaron Neville, Elvis Costello, Willie Nelson and Emmylou Harris, Hiatt has been nominated for several Grammys and has been awarded a variety of other distinctions in the music industry. Eric Clapton and BB King share a Grammy Award for Best Traditional Blues Album for Riding with the King, the title track penned by Hiatt. 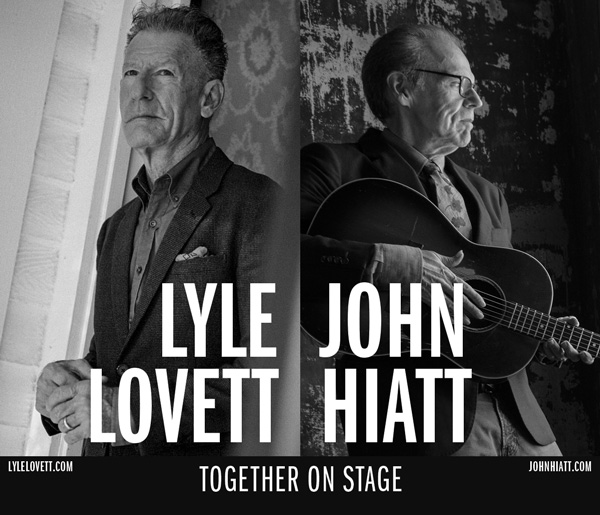