God is a Scottish Drag Queen

Part I at 3:00 p.m.
Back by popular demand – if you missed it last season, now is your chance!

This wickedly funny, highly acclaimed original comedy is simply divine. God, dressed in a floral power suit, comes down to Earth to skewer everything from the Pope to politics in an unforgettable comedic tour-de-force. In this two act show of biblical proportions, God has chosen to present himself to the audience in order to clear up some misunderstandings about himself and his role as the Creator. Winner of 18 “Best of the Fest” awards and one of the most popular shows on the international fringe circuit, this show is sure to have you laughing in your seat!

Part II at 7:30 p.m.
God descends once more to address everything from the platypus to Pocahontas in a hilarious sequel 2,000 years in the making! Mike DeLamont’s character is even more entertaining for Part II.

May be inappropriate for younger audiences; contains strong language. 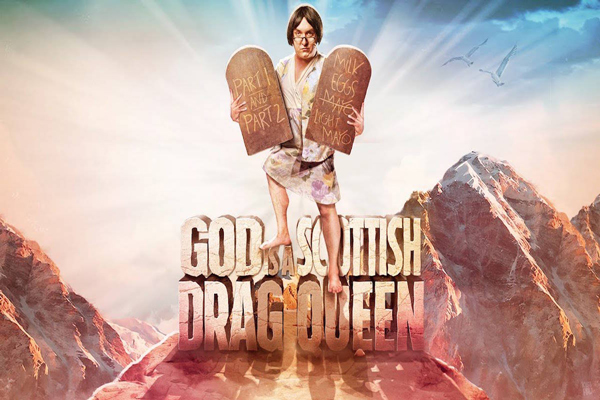